In September 1971, the Italian Franco Piacenza and Emilio Vulcano decided to spend their holidays in the Netherlands. Without being able to speak a word of Dutch, they got on their scooter and drove into the adventure. Once they arrived, they never went back because of one main reason: Franco and Emilio found the love of their lives in the Netherlands.

After six years of working at different companies, they came up with the idea of starting their own restaurant. Emilio already had experience as a cook, Franco as a waiter and host. They made their dream come true and opened Restaurant La Liguria in Zwolle on December 22, 1977. But they went on; two years later, they opened a restaurant in Ede. Soon Ede became too small for them and they had the opportunity to start a restaurant in The Hague. Franco and Emilio took this opportunity with both hands. On February 4, 1981, Ristorante La Liguria on Noordeinde was opened by the ambassador of Italy. It became a complete success: La Liguria became a meeting place for many guests and it still is. Many famous Dutchmen have found their way to the Italian restaurant on the Noordeinde and are happy to eat there.

The restaurant is now runned by the next generation: Damiano Piacenza and Chris Brosius. These two young entrepreneurs make every effort to preserve the traditions of La Liguria. La Liguria imports its traditional Italian products directly from Italy, serves dishes from all parts of Italy, almost all employees speak Italian and everyone has a passion for food & wine. 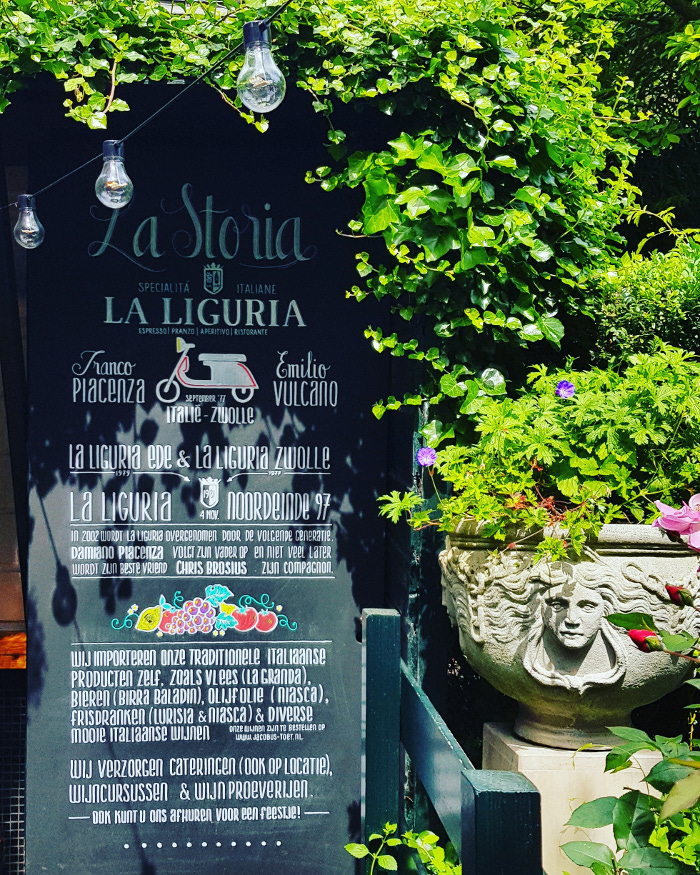